Did you not see the knitty suprises yet? Well, in case you don't live in my universe, the geek knitters are fah-reaking out over My Vampire Boyfriend (rav link) socks by Kate Atherley.
The socks are bloody gorgeous. They have hearts (!) and cunning little bite mark cables (!) and the cable patterns are all charted out and incredibly visual, thus easy to follow! As if these socks weren't pretty awesome by themselves, they are also inspired by the Vampire hottie craze. You know what I'm talking about. Bill and Eric from the Southern Vampire Series & True Blood, **coughEdwardCullencoughTwilightcough**, and the Salvatore bros from Vampire Diaries etc. are some recent additions to a catalogue of sexy, but tortured (and sometimes evil) undead lovers... Angel & Spike from Buffy the Vampire Slayer, David & Michael in the Lost Boys, David Bowie as John in The Hunger, Gary Oldman as Bram Stoker's Dracula, and the list goes on. Just thinking about all the vampire boyfriends out there is some fun, which only makes this pattern more tempting.
My vampire boyfriend comes at an excellent moment, not only for knitting & pop culture, but for me. I am currently season 6 deep in my first ever viewing of the Buffy the Vampire Slayer series. I have no idea why I didn't watch when it originally aired. I must have thought it looked corny and I didn't even give it a try. Why, oh why? And now, it's over 10 years later and I am hooked. Not only am I watching Buffy, but I am watching the Angel spin-off congruently. Disc for disc. Yup, I'm a geek. Luckily for me, I have not 1 but 2 friends who own the entire box set of both shows and who are generously loaning them to me as I work my way through the series. Consequently, I'm getting lot's of knitting and sewing done while watching, but not so much blogging. But I digress. At the season 6 point in BTVS, **WARNING, 9 YEAR OLD SPOILER** Buffy is having a clandestine affair with Spike, whom I've been smitten with ever since he summed up her relationship with Angel way back in season 3 in that awesome monologue which ends; "I may be love's bitch, but at least I'm man enough to admit it."
So... Spike, aka William the Bloody, is MY vampire boyfriend.
Prog shot: Bright red like an open gash in some places, and dark like a scab in others with varying shades of coagulation in between. Here's a few pics from the quick and easy dye session: First, I soaked the skeins over night in my crock pot with a 1/2c vinegar and a enough water to cover them. The next morning (10/31) I refreshed the water and added a splash of fresh vinegar and turned the crock up to high. As the water heated up, I mixed up my Koolaid/coloring in about a cup of boiling water. I also made myself a french press.... caffeine and kool-aid dyeing... an excellent start to a saturday the morning. Doesn't the dye look like fresh blood? I love it.

At this point I was having a pretty good time (caffeine was kicking in). Once the dyes is poured carefully over the yarn, and stirred gently to make sure to strikes through the entire dye bath, I put in the lid and walked away for an hour. After a while the water was pretty clear so I turned off the heat and let it sit for a bit with the lid off before I took it out to rinse. I noticed that the bottom skein still had some grey areas were the dye didn't strike, so I threw it back in the crock pot with the rest of my red food coloring. I think I need to get a big enamel pot one of these days for dyeing yarn. The mini crock pot just ain't cutting it. Gorgeous. And since Angel is MY vampire boyfriend, I guess I'll have to start making some of these socks too!

It does look awfully bloody. They have 12-quart enamel pots for $20 on amazon. Your crockpot is tiny!

ooooh. Thanks for bringing Teh Informative-- I immediately thought of some of my own sock yarn that might want to be dyed a delicious red in a crock pot. Now if only I had a vampire boyfriend of my own. :( 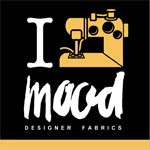 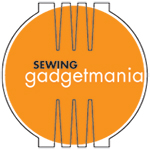 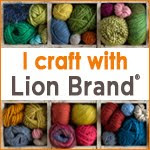 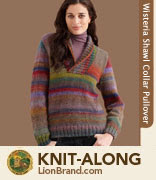